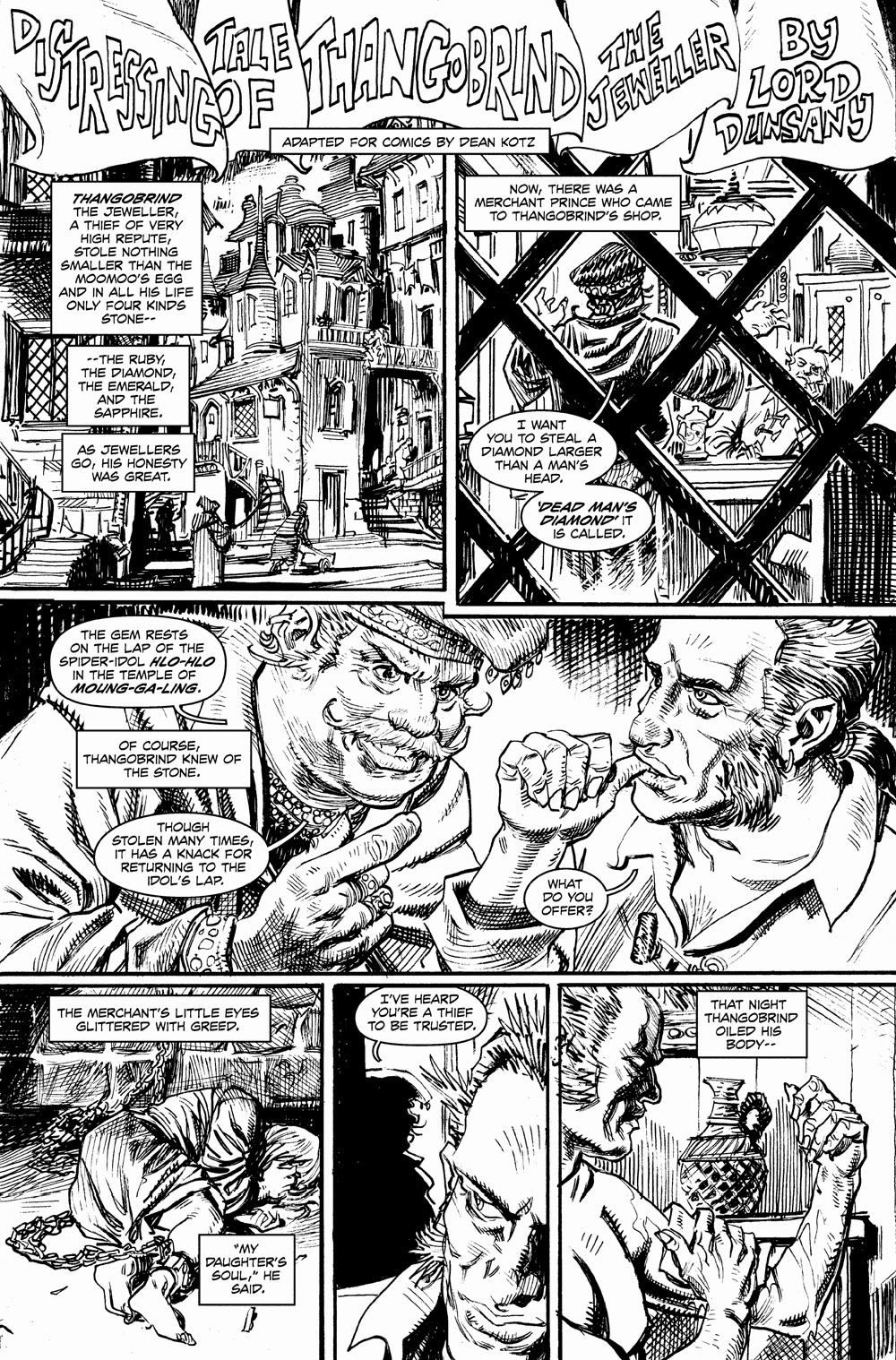 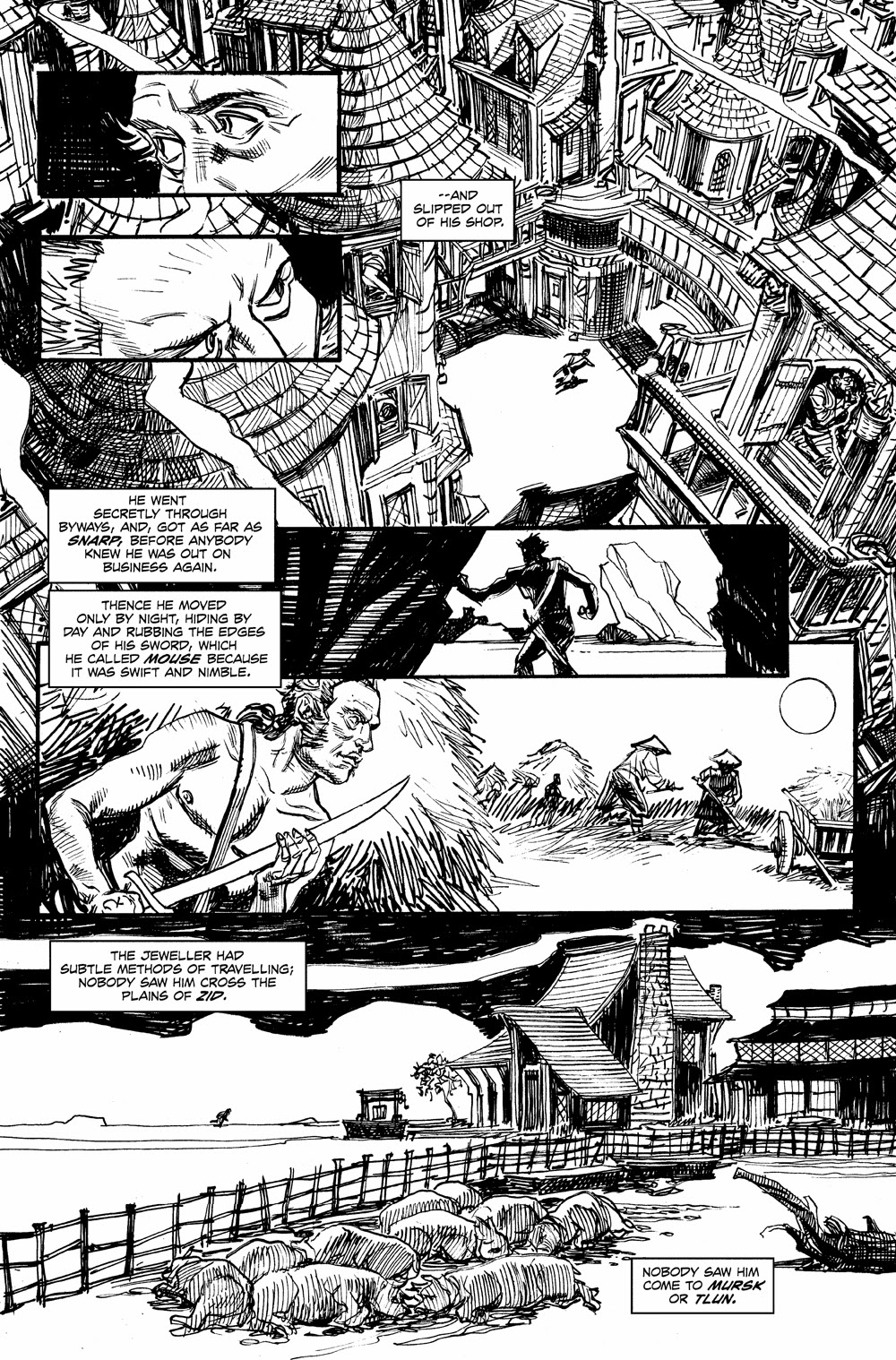 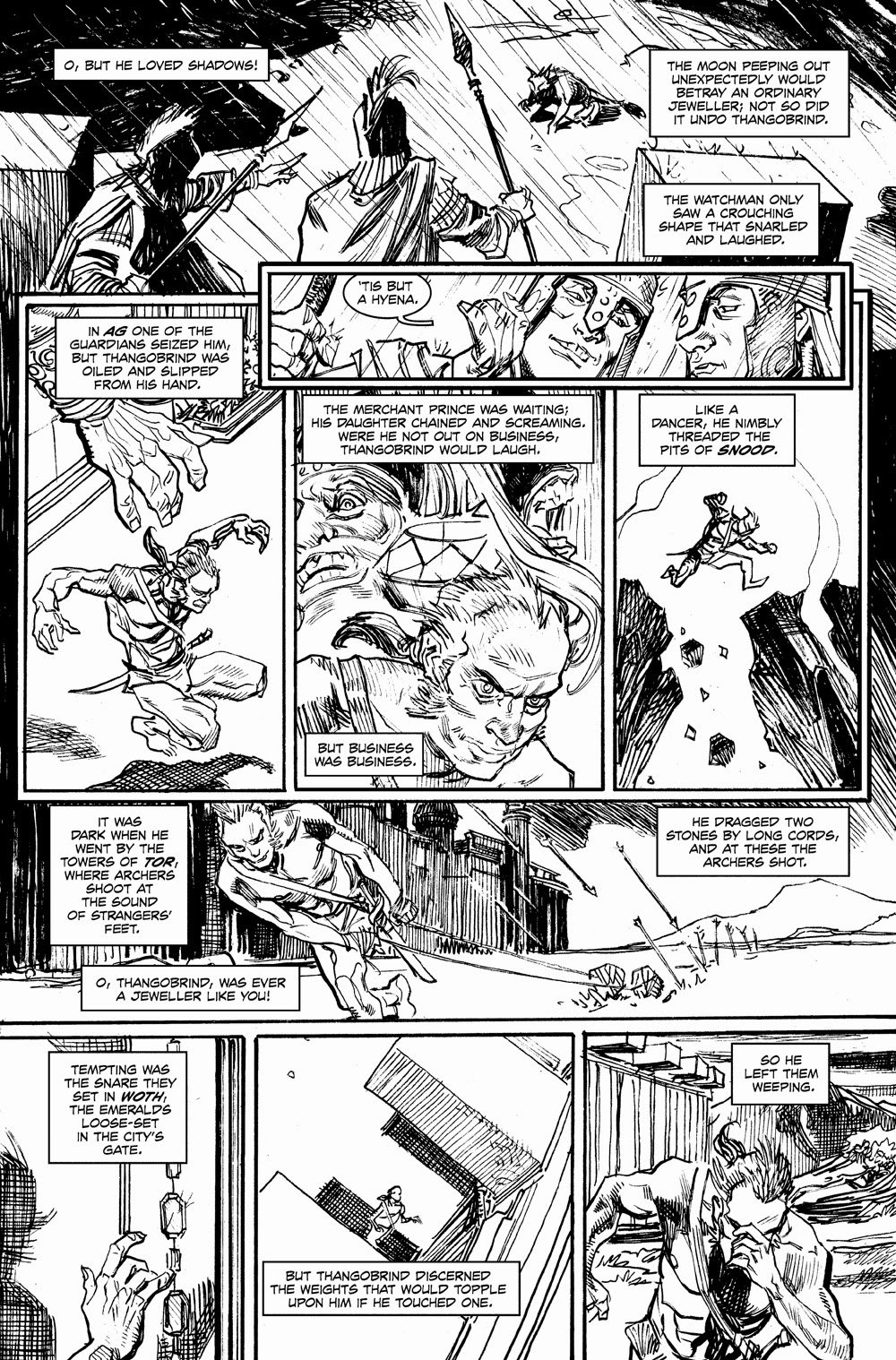 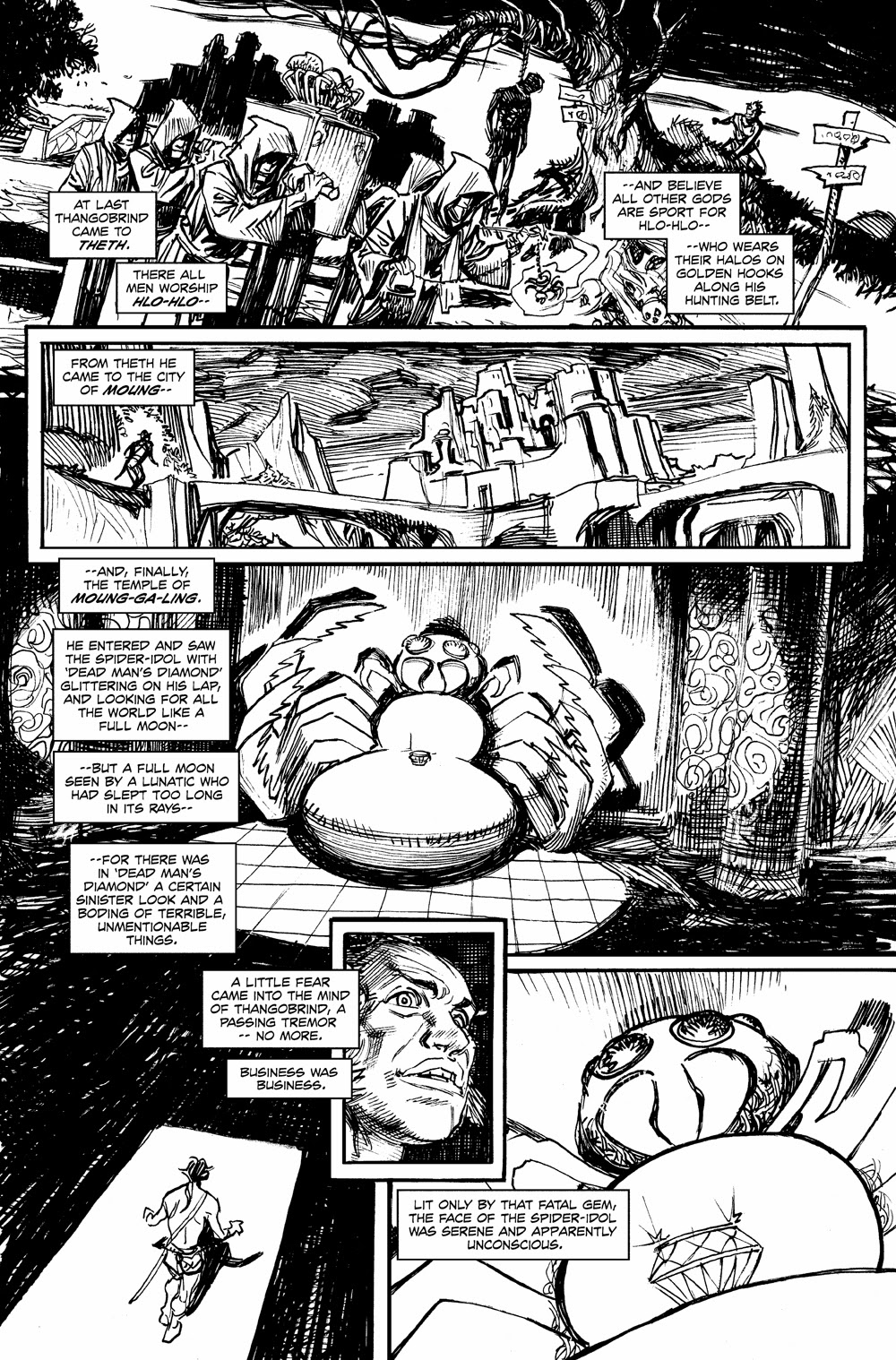 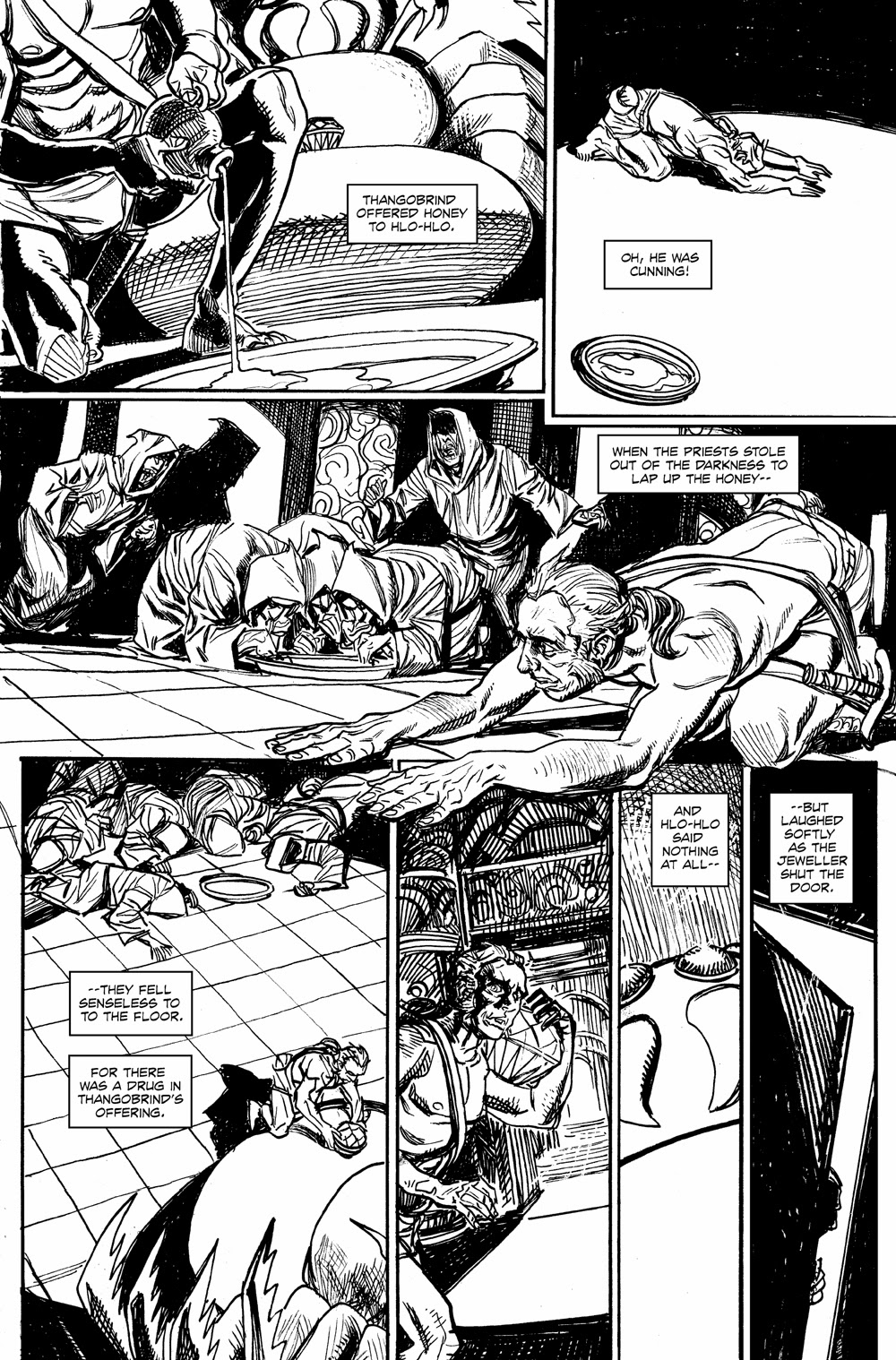 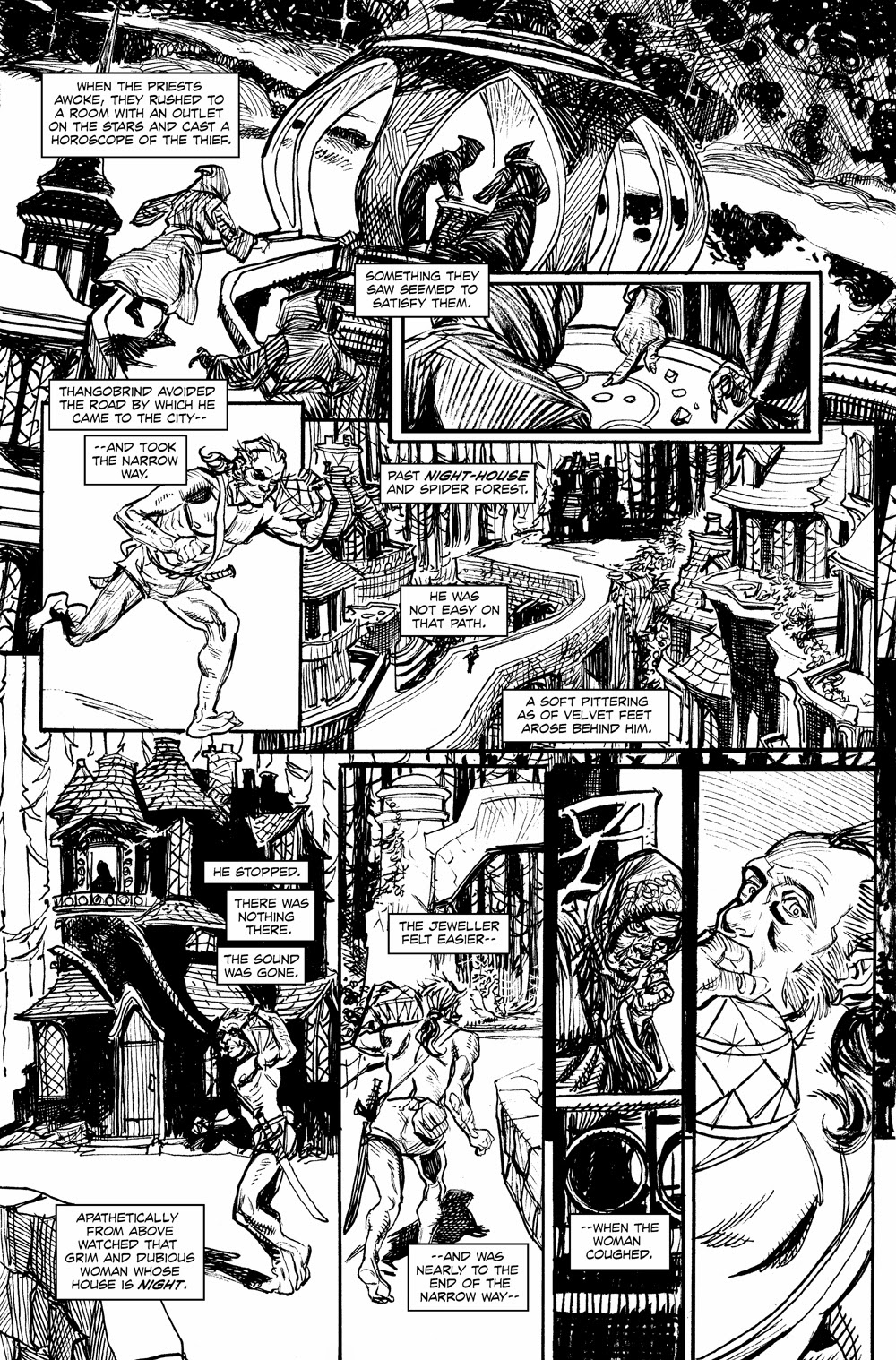 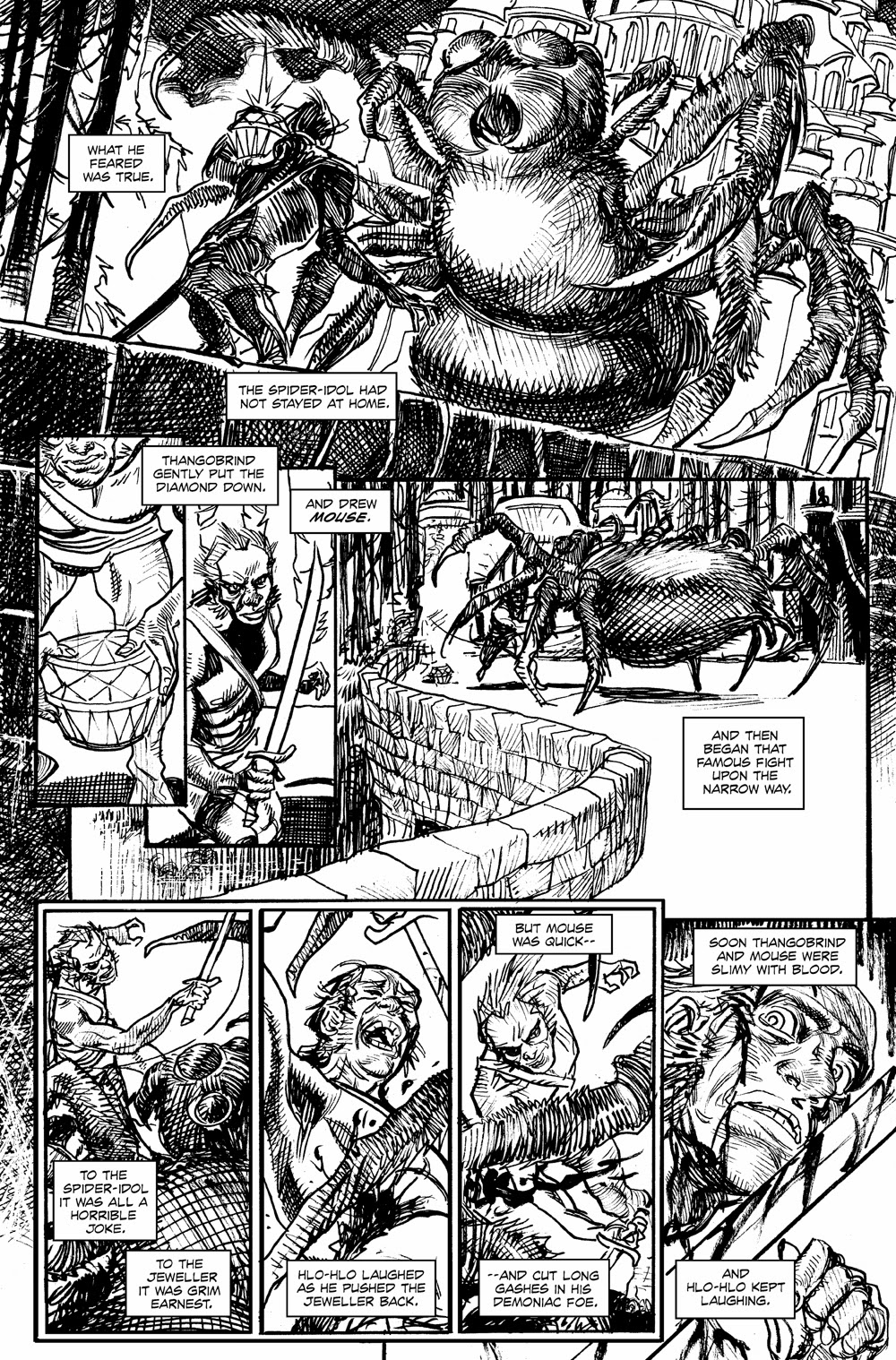 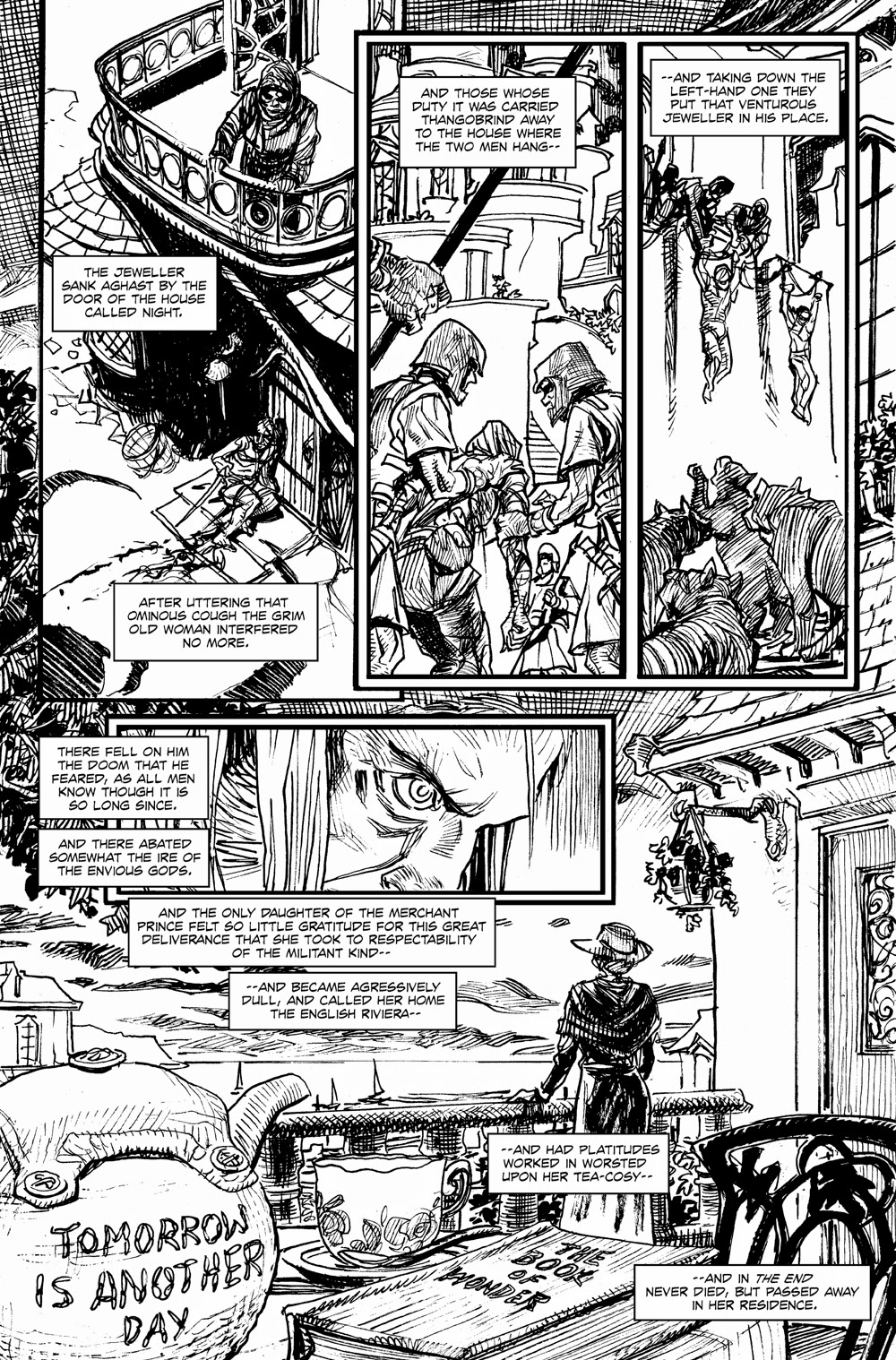 This little adaptation was just a personal exercise, something I'd always wanted to do...sadly, no one's paying me to adapt early 20th century fantasy stories. (Though, it would be wonderful if it got noticed by one of the Conan editors at Dark Horse, and they give me a shot drawing ol' Amra.)

Well, whatever the results, at least I can say I finished it.

Tolkien famously criticized pretty much the entire story and especially that final paragraph.  I understand why: it breaks the spell and is completely incongruous with the rest of the story.  But Dunsany really wasn't in the world building business.  For him fantasy worlds existed on the other side of every window or behind shop doors down little side streets.  I won't say Tolkien was wrong, but I always loved that final paragraph.  Partly as a prose poem, but also because it so wonderfully gives a sense of longing and lost time.  What better feelings for the end of a fantasy story?  I couldn't resist including it in its entirety.
July 19, 2014
COMIC BOOK ART
AND ILLUSTRATION