A few months ago Mark Millar announced open submissions for his new magazine, "Clint".  The stories had to be short (2-4 pages) and with some sort of twist.  Of the 3 two-pages stories I submitted, this was the last, and, probably, my favorite.  A day after I posted to the submission site Mr. Millar announced the first 6 "winners".  None of my stories made the cut.  Disappointingly, most of the submissions he chose had me scratching my head.  Apparently Mr. Millar and I have VERY different tastes when it comes to comics.  (I probably should have guessed after reading "Wanted".)

Anyway,  I posted this on Deviantart shortly thereafter and was met with more chirping crickets.  If I had my druthers (whatever "druthers" are) this would be the sort of comics I would make all the time.  Quick, quirky, funny, and non-pretentious; sloppy in places, but "of the moment."  The sort of thing you'd find in Creepy or Mad magazine from the 60s and 70s.  I guess there's just no market for this sort of thing anymore.  So, if only because it's an oddity around here, enjoy. 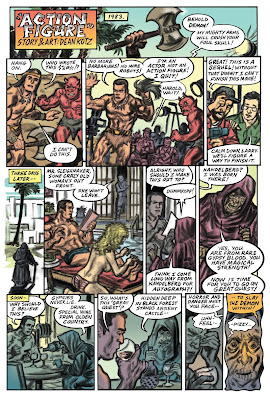 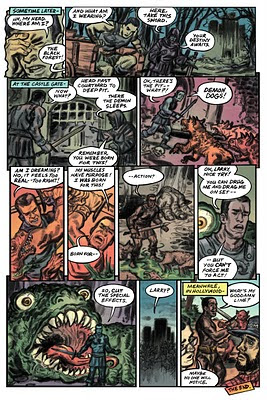